Ive clearly become fairly lasy with updating this, ( sorry.)  From where I last left you I headded down the wa cost more or less withoult incedent, I stopped in to the Pinnicals for a quick loock on the way down. 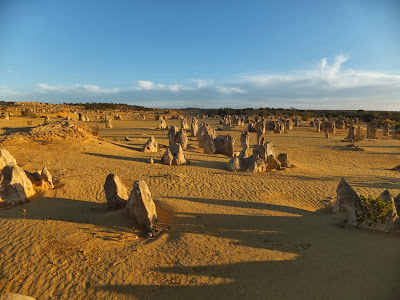 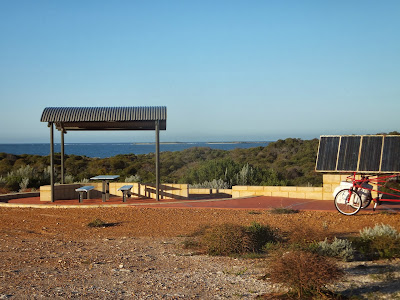 it was a great ride down the coast, untill about 40km oult of perth I started popping spokes, on the NEW back wheel. Briliaant. the last time I started going threw spokes It diddent stop untill I had replaced ALL the original spokes, and I wasent ceen on doing that agean. on the bright side I was able to change a spoke in half an hour, a proses that had once taken nearly 4 hours nere  Wagga Wagga. still the ride down the cost was nice.

I did eventually make it into perth ( with the bike this time) and set about sorting my wheel oult, I discoverd that the spokes wernt really exelent quality so I decided the best thing to do was to respoke, ( basically compleatly rebuild) my wheel with really good quality spokes. after a bit of serching arond bike shops in perth I found some DT Swiss spokes the right lenth. and I respoked the wheel, it was the first time Id done it propery and was vearry satisfied ( and quite proud) of the result. on the 20th of october I left perth headded for the Nulabour.